Disaster Aid UK & Ireland is a Charitable Company (number 5003026), registered with the Charity Commission (number 1103165), and a Partner in Disaster Aid International.

The Board of Trustees of Disaster Aid UK & Ireland meets at least once every 2 months under the responsibility of the Chairman or the Deputy Chairman:

The Board is responsible for setting and maintaining the standards and procedures by which the activities of all its members operate. Included in these are Safeguarding, Equality and Diversity, Anti-fraud & Bribery, and Whistleblowing, etc. 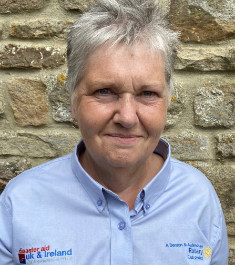 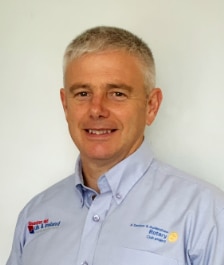 and the nine other Trustees

In addition to our non-Rotarian members and supporters who come from many different disciplines, individual Rotarians from the following clubs are also members of Disaster Aid UK & Ireland:

As a charity, with close links to clubs in Rotary International, we have adopted a set of Values to help govern how we operate at all levels in our organisation. These Values along with our Mission Statement can be viewed here

All members are welcome to meet the Trustees in bi-monthly General Meetings to discuss fund-raising, promotion and general development issues. Zoom facilities are available for those who do not live locally.

General Meetings normally take place on the 3rd Thursdays of February, April, June, August, and October. The Trustees also meet privately every 3rd Thursday (with the exception of December)  with meetings taking place after the General Meeting on dates when the two meetings coincide.

Until further notice all General and Trustees’ meetings are only being held by Zoom at 7.00pm.