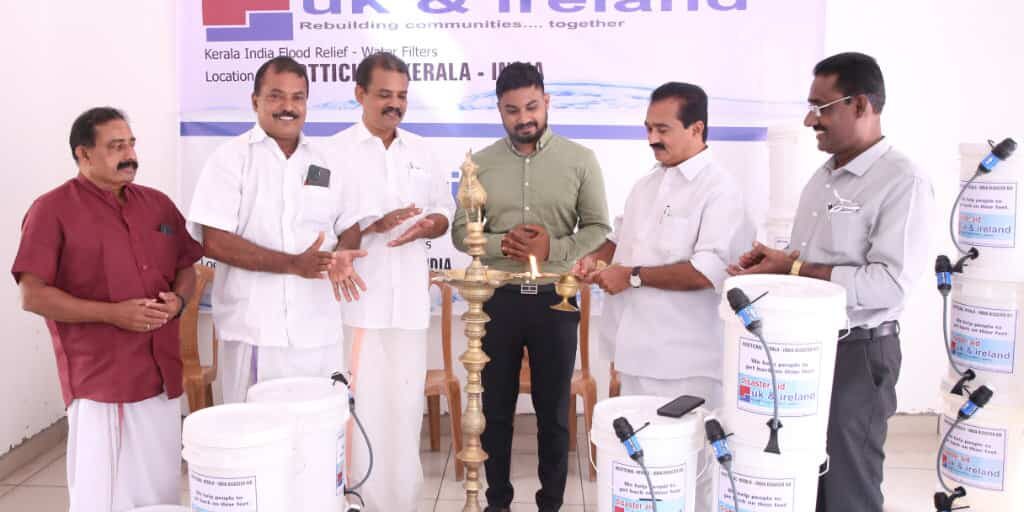 We have had a long established and very successful relationship with the Rotary Club of Changanacherry in Kerala, India and in particular with Past District Governor Scaria Jose Katoor. This relationship has borne fruit on a number of occasions when we have provided Sawyer water filters to be distributed. The importance of building such relationships is emphasised when, due to Covid-19, we have been unable to deploy our DARTs as we did on our deployment to Kerala in 2019. Having such a trusted partner on the ground gives us the reassurance that, in the absence of DARTs, we can be totally sure that our aid, so generously given by donors, is deployed effectively, efficiently and with transparency to the people who need it most.

In November 2021 we learned that the Koottickal region of Kerala had suffered from yet more flooding and landslides and we arranged for 100 Sawyer water filters to be distributed by RC Changanacherry. The project was inaugurated in the presence of a member of Kerala State Legislative Assembly, Snr Advocate Job Michael and the filters will be transported to Koottickal for distribution. The inauguration ceremony included the lighting of special lamps which is believed to be auspicious.

We hope in the near future to be able to start deploying DARTs again but in the meantime, we are grateful to RC Changanacherry for assisting us once more in helping the people of Kerala.